Levies are paid into this fund to cover day-to-day expenses of the owners corporation, such as electricity, gardening, insurance, routine repairs and maintenance of common property

BY-LAWS
A set of “rules” that residents (including owners and tenants) in the strata scheme must follow. These can be changed at a general meeting of the owners corporation. By-laws vary between different strata schemes

CERTIFICATE OF TITLE
A deed issued by the Land Titles Office (NSW), Land Registry (Victoria) or equivalent in other states to prove ownership of a lot. The owners corporation is also issued with a title deed for the common property

EXCLUSIVE USE
This is when a special right is granted to an owner to use part of the common property, such as exclusive use of a car space located on common property

Contributions paid by owners to the owners corporation to cover expenditure and allocation for capital expenditure. These are usually paid quarterly and the amount is based on unit entitlement

LOT
In a strata scheme, a unit and any related car space, laundry or garage is referred to as a “lot”

MOTION
A proposal for consideration by a meeting

OWNERS CORPORATION
This is the collective group of owners of the lots in the strata scheme, and is formed when the strata plan is registered. Also known in different states as the body corporate, strata corporation or strata company

SINKING FUND
Levies paid into this fund cover renewal and replacement of fixtures and fittings, such painting and stairwell carpets, and major repairs to common property, such as repairing a leaky roof

STRATA ROLL
This is a register of the owners of each lot in the strata scheme. It also includes the name of any mortgagee, covenant chargee or lessee (if notified)

UNIT ENTITLEMENT
Each lot is given a “unit entitlement” and this is shown on the strata plan. The amount of the unit entitlement varies depending on a number of factors, such as the size of lot. Levies payable are calculated on the basis of unit entitlement

QUORUM
Before any motion can be voted upon at a meeting, a quorum must exist, ie
25% of those entitled to vote OR owner/owners holding 25% or more of the total unit entitlements. A quorum must consist of at least 2 persons

SPECIAL RESOLUTION
A motion for which more than 75% of the value of the vote is cast, based on unit entitlement 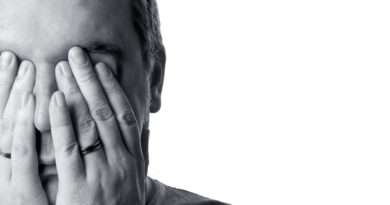 5 issues facing Landlord’s today and how to overcome them