If the only inevitabilities in life are death and taxes, then the economy and government policy will start to reflect it. This is particularly evident when the baby boomer generation goes through the significant transition to retirement. In March 2017, an unprecedented value of building work was approved in construction of aged care facilities, totalling $340 million over the month.

Despite a rapidly ageing population, the reality of developing aged accommodation – particularly retirement villages – is a harsh one. Like many assets, growth in the residential housing market has crowded out capital for aged accommodation.

According to a 2016 joint survey by the Property Council of Australia and Retirement Living, the national average price of a standard, two bedroom independent living unit increased just over 3% between 2015 and 2016. In the same period, CoreLogic data shows the national standard dwelling increased 7.3%.

Competition for vacant land, age friendly regulation compliance and investment into green technology to reduce long term service fees are factors that can inflate initial investment. This is amplified by the average tenure in retirement villages, which is approximately 12 years.

However, some areas across the country lend themselves to aged care development. Advantages such as relatively affordable land and mild climates make them popular with retirees. New incentives to downsize introduced in the federal budget may further boost these areas.

CoreLogic data of aged care facilities, independent living units and retirement villages reveals the areas most likely to benefit from the ageing population.

Of the states and territories, the most aged accommodation construction is occurring in New South Wales. The state has 113 projects with construction commenced or imminent over the next five years.

Within New South Wales, the highest frequency regions for construction were The Hills Shire, Newcastle, Wyong and Gosford. Between these regions, there are 26 aged care accommodation projects either approved or commenced, with completion expected by 2023. Newcastle, Wyong and Gosford offer lower land prices along the coast. As for the Hills Shire, while its lack of public transport to the city makes it relatively unattractive for young professionals, the area has a quiet, leafy exclusivity for retirement communities.

The number of aged accommodation developments in each state and territory is generally proportionate to population. The exception is South Australia, where there are 56 developments expected to be completed over the next few years. Of these, 10 are located in Onkaparinga Council, and 6 are located in the Port Adelaide Enfield region. South Australia has a higher proportion of 65’s and over to the total population.

Looking at individual council areas, Brisbane City is by far the most popular spot for aged accommodation projects. In the last 5 years, the region has seen over $725 million in aged care and aged living construction, ranging from upgrades of existing facilities to a $60 million integrated care facility at Carina. By 2020, a further 22 projects in the space are expected to be completed. In the same period, a further 11 are planned for the Moreton Bay Regional area, 9 in the Sunshine coast and 5 in Toowoomba.

A common trend in new developments is the blending of care types in the one precinct, such as the three tiered levels of care in The Village Coorparoo, mean that people are likely to stay on the one site for a longer period of time, or, ‘age in place’. The ageing in place model was also adopted in the recently completed Woodlands Aged Care Facility in the Sunshine Coast.

In the residential care sector, the Aged Care Financing Authority estimates that over the next decade, approximately 76,000 new places will be required, compared with just 35,000 established in the previous decade. In addition, much of the existing stock will require a knockdown and rebuild. The forecast investment required over the next decade is $33 billion. While the initial costs make aged accommodation unappealing for the average investor, the boomer retirement transition could represent a further boom for the construction industry. 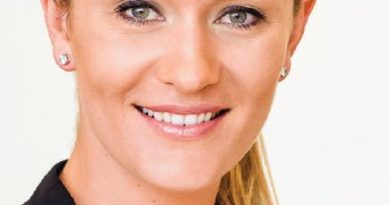 Australia’s Commercial Construction Hot-Spots; They Are Not Where You Think They Are. 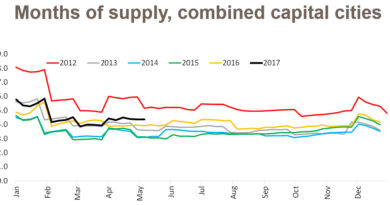