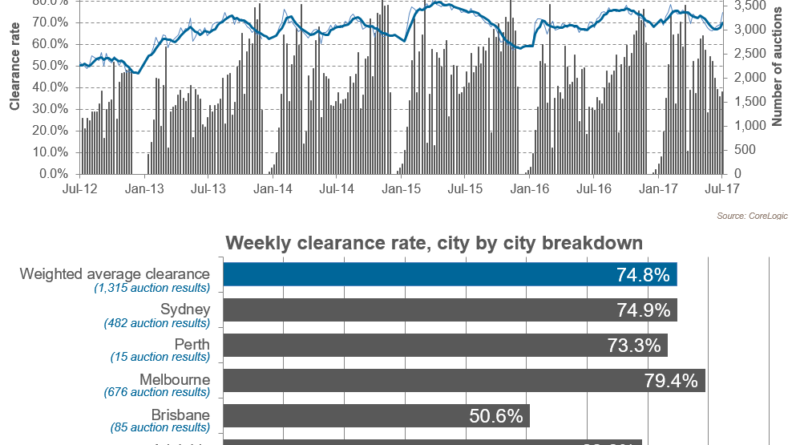 Sydney was host to 613 auctions this week and a preliminary clearance rate of 74.9 per cent was recorded, rising from 69.2 per cent last week across 609 auctions. The final clearance rate for Sydney has been trending below 70 per cent for the last 6 weeks, although it has been nudging higher over the last two weeks. One year ago, 473 auctions were held across Sydney and 71.5 per cent were successful. Looking at the sub-regions of Sydney, 7 of the 15 sub-regions recorded clearance rates above 75.0 per cent with the stand outs being the Northern Beaches (92.3 per cent), Eastern Suburbs (89.2 per cent), North Sydney and Hornsby (83.6 per cent) and City and Inner South (78.3 per cent) regions.

The preliminary clearance rate in Brisbane this week rose to 50.6 per cent, from 41.7 per cent last week. Auction volumes were slightly higher this week with 126 auctions held, up from 116 last week. Meanwhile, across the Gold Coast, 41.4 per cent of the 29 reported auctions were successful.

In Adelaide, a 69.0 per cent preliminary result was recorded this week across 73 auctions. Last week, 64 Adelaide auctions returned a clearance rate of 69.0 per cent for the city, while at the same time last year, 68 homes were taken to auction, with 56.3 per cent recording a successful result.

Across Canberra, 46 homes were taken to auction this week. Preliminary results show a clearance rate of 73.3 per cent, up from 68.9 per cent the previous week.

Tasmania was host to 3 auctions this week and so far no results have been reported. 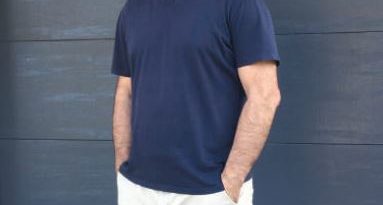 Runs in the family

Capital city clearance rate remains strong for the first week of Summer at 75 per cent, while the number of auctions has fallen week-on-week