Property (both residential and non-residential) is already the largest source of taxation revenue for state and local government.  These additional charges to foreign investors in the three most populous states will probably raise additional revenue (as long as the higher cost of doing business doesn’t result in a downturn in demand from overseas buyers).  For each government there is a benefit in these changes outside of additional revenue, foreigners don’t vote so politically it is likely to be a fairly popular decision. Especially in New South Wales and Victoria where housing affordability is a growing problem and there is a perception that foreign investors are bidding up prices and contributing to locking first home buyers out of the market.

property taxes have increased by 80.5% in New South Wales, 109.9% in Victoria and 80.7% in Queensland, over the same timeframe inflation has increased by 30.1% which is significantly lower than growth in property taxation.

Given the importance of property tax revenue to state and local governments it is no wonder that the three largest states have decided to increase taxes on foreign investment.  These changes don’t impact on voters and they collect additional much needed revenue.

My concern is that it shows that none of these states have any intention of moving away from transactional taxes on property to more efficient land taxes.  Keep in mind that in a typical year only around 5% to 7% of residential properties are transacting so you are only collecting stamp duty from a small proportion of the housing market that are deciding to move.  When transactions and values slow or fall, stamp duty revenue is also susceptible to large declines.

Some of the commentary around the increases in tax have been around the fact that without foreign investors many of the new housing (particularly unit) projects would never have even commenced construction.  To me, this is really the crux of the problem.  As the resource investment boom has faded to some extent housing construction has helped to fill the void. If a projects viability is totally dependent on foreign demand, to me that suggests that it is not really a viable project. The reality is that the current home value growth phase has now been running for four years and new housing construction and unit construction in particular has hit record highs.  Foreign investment has increased quite significantly over this time however, many of these purchasers are buying units which many locals wouldn’t purchase due to the size, location and price of these properties.  Furthermore, anecdotally many of these properties don’t actually create additional housing because they are left empty and not made available for rent.

I believe that these additional charges will provide some deterrent for foreign buyers investing as the costs continue to add up with FIRB application fees and now these additional charges.  Of course, while these changes may deter some investors other will just see it as a cost of doing business and it shouldn’t impact them too much if they are investing for the long-term. If fewer foreign investors results in some new housing projects not going ahead, that is not necessarily a problem either in light of the fact that housing supply has increased dramatically over recent years and will continue to do so over the coming years given the housing currently under construction.  Finally if it means that certain developers decide to rotate their offering away from one catering to foreign buyers and towards one which is more palatable to a local market, I believe that is a good thing.

Ultimately these changes may deter some foreign investment but these changes are not going to scare off all foreigners from investing in housing market. At the same time it will raise much needed revenue for these governments.  If state governments are looking at taxes on property I would once again call on them to look for a way to move away from stamp duty to a more efficient land tax. 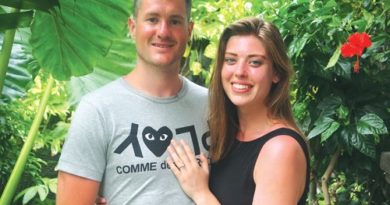