There are a range of different investment loans on the market designed to suit first-time buyers.

No deposit/105%
Many banks and lenders will allow to you borrow up to 100%, or even 105% of the property’s purchase price. Be warned, though, that the interest rates on these loans are up to 2% higher than standard loan rates. You’ll also need to cover most of the upfront transaction and acquisition costs, such as application fees, legal fees, stamp duty and lenders mortgage insurance (LMI).

Line of credit
Similar to a credit card, a line of credit (LOC) allows the borrower to withdraw funds up to a set limit at any time, and interest is only charged on the amount withdrawn. The most effective way to operate a LOC is to deposit wages or salaries into the loan to reduce the interest payable for as long as possible. This type of loan can be used to purchase most types of property, and is a flexible loan option suitable for disciplined budgeters.

“You have to make sacrifices to get ahead. I gave up all my Thursday, Friday and Saturday nights to work in a nightclub when most people that age were bursting to get into pubs on the fun side of the bar” – Chris Lane, young investor

Younger property buyers are seeing the benefits of investing in property in more affordable, regional markets – even though they don’t necessarily want to live there

“If ever there was a generation that needed to have property as their number one priority, it’s Gen Y” – Bernard Salt

With more disposable income than ever before and access to resources that their parents could only imagine, young investors are increasingly turning to property investment to boost their financial status

The average young, single property buyer had an extra 18% disposable income in 2005 than they did in 1995, reports the Australian Bureau of Statistics (ABS). Disposable income of couple-only households in the same age bracket – under 35 years – rose a whopping 21% in the same period.

That extra money has to be parked somewhere – and while Generation Y (those born between 1977 and 1991) is often accused of favouring frivolous entertainment, travel and technology over serious investments, there does exist a younger breed of people intent on securing their financial futures.

Bernard Salt, demographer and partner at KPMG, describes two types of Gen Y personalities. “There’s the ‘funky’ Gen Ys – they’re the ones who live in the city and spend all their money on travel and what they like to call enjoying life,” he says.

“Then there’s the ‘traditional’ Gen Ys – who, in their mid-20s, are saving like hell to buy a three-bedroom house on the edge of town. There are exceptions to the rule, but this is generally accurate.”

Salt says that typically, Gen Y are not interested in commitments or acquiring a mortgage – but “if ever there was a generation that needed to have property as their number one priority, it’s Gen Y.”

“It [property ownership] is not something they can delay, and jump into later in life and expect to be in a strong position,” Salt says.

“Gen Y are more concerned with travelling, paying their HECS debt, and enjoying their youth, but that decision at the age of 23 or 25, to prioritise good times ‘here and now’ – as opposed to postponing that and concentrating on property ownership – will have an impact on quality of life from the age of 48–88 years.”

Generation Y comprise 21% of the Australian population, according to KPMG data, although in Melbourne, with 49% of the city’s population aged 16–30, the proportion of younger residents is more than double that figure.

No other municipality in Australia has a higher proportion of Gen Ys in its population base than Melbourne, although Perth, Sydney and Adelaide are close behind, according to Salt.

“Gen Y has a work and education interest in the city and certainly in the city fringe as well, and they position themselves where the action is,” Salt says.

“They are single, so they don’t need to be in a family suburb as such, and they’re completing further education at institutions that are in the city, and they cluster around those hospitals, universities and places of training. Once they complete their training, work is usually found nearby… so there’s no need to move out to the suburbs.”

Although Salt says that “commitment-phobic” Gen Ys are typically uninterested in buying property and getting a mortgage, the April 2007 ABS statistics counter that, reporting that first-time homeowners across Australia comprised 16.6% of the market in March 2007, increasing in April to 17.2%.

At the same time, the value of investment property commitments rose by 2.6% between February and March, and lifted a further 1.5% in April.

The first homebuyer category is dominated by 25–35 year olds, says Cristine Castle, president of the Real Estate Institute of NSW (REINSW) – so the increased number of first-time property owners also reflects an upturn in the amount of younger property buyers entering the market.

Castle believes that the current “rental crisis” being felt in most capital cities, with very low vacancy rates and an undersupply of available accommodation, has caused younger people to “look at their options”.

“With rents going up, a lot of young people are re-analysing and assessing their positions,” Castle says. “As a consquence of that, they might be seeking some financial advice and looking at their options to get into their first property.”

Often, that first property is not an owner-occupied purchase. Younger property buyers are seeing the benefits of investing in property in more affordable markets – even though they don’t necessarily want to live there.

Not only are the entry and acquisition costs lowers, but they can also enjoy the tax benefits that go with owning an investment property.

Getting Finance for your property

This means that potential property buyers need to save an average of $23,000 just to cover a 10% deposit – plus at least half that amount again to manage related acquisition and borrowing costs.

Saving the deposit can be the most challenging aspect of property ownership, but the sacrifice is worth the payoff, says investor Chris Lane, who worked two jobs to build the deposit for his first property purchase.

“As soon as I turned 18, I started working in a pub, on top of working at a supermarket,” Chris says. “Saving for the first deposit was definitely the hardest part, but when you get focused on your goal, it becomes much easier.”

Establishing a goal and starting a savings plan is the essential first step for young investors – and often the best place to start is with free online resources.

The Australian Securities and Investments Commission (ASIC) has a dedicated money management section on their web-based portal, www.asic.gov.au/fido, which offers financial tips, tools and advice specifically for young adults.

“Financial decisions you make now could have a big impact on your life, and your lifestyle, for years to come,” says Greg Tanzer, ASIC’s executive director of consumer protection. He also warns that it’s “important that consumers and investors realise that every investment carries some risk of losing money”.

For young investors seeking finance, most banks won’t demand a guarantor – that is, a third party such as a parent who agrees to be responsible for the payment of another party’s debts – provided the purchaser can prove an established savings pattern, has at least 10% cash deposit and has a stable income.

Without a full deposit, young investors can still enter the property market through basic mortgage products that are specifically targeted at younger buyers, such as shared equity loans – where the bank finances part of the property, in exchange for a share of the property’s future value – or by using their parents’ home equity.

What to expect next

Bernard Salt says that Generation Y need to assess their priorities by delegating travel and lifestyle purchases to a later date, and elevating property ownership to the top of their wish list.

“The problem is that 20-somethings don’t really buy into that logic,” Salt says.

“A large section of Gen Y are not predisposed to take out a mortgage – they don’t want any commitment at all.

“But is travel, and the budget that goes with that, between ages 22 and 28, a good investment? Yes, you’ll be 45 and you’ll have a wonderful album of snapshots – but will it give you the long-term security that property ownership will?”

Salt believes that younger people delay commitments and responsibilities by living at home for longer.

“In fact, 40% of Gen Y live with their mum and dad out in the ‘burbs, because they don’t want to take on a mortgage,” Salt explains, “and if they think about the cost of going into a share house or renting a property, they realise it’s just not as comfortable or as cheap as living at home.”

Gen Y’s ambivalence towards commitments, financial or otherwise, will prove to be a double-edged sword, Salt predicts.

“One of the most positive attributes of Gen Y is that they’re lateral,” Salt says. “Unlike their predecessors, who had a mortgage and family commitments to consider, Gen Y have only got themselves to think about – and as a result, they’re fearless of the consequences.” 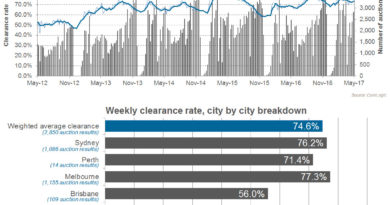 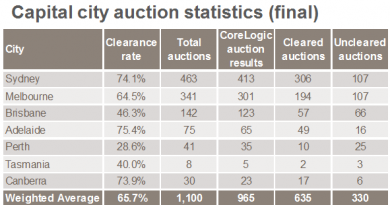 5 Tips For Buying Off The Plan Investment Properties