The heritage authorities are on your side: they want to preserve your home as much as you do – and they may be able to help you out with a handy grant!

“If you make a smart purchase with a heritage listed property you can do extremely well. If you did nothing more than bought 50 year old homes you’d out-perform the average” Gavin Hegney, executive chairman of the Hegney Property Group

Investing in a little piece of history

While some investors are attracted to the prestige factor of heritage homes, others are fearful of council red tape and plummeting resale value. But do the rewards of owning a listed property balance out the risks?

When it comes to heritage-listed property, investors have three key fears: time-consuming council red tape, restrictions on renovation and a loss of value.

But according to Heritage Council of WA director, Ian Baxter, these fears are unfounded. “Many people hold the view that heritage listing has a negative impact on the value of a property,” he says. “However, as a general rule this isn’t the case, as evidenced by statistical analysis and common sense. Heritage homes in established areas are highly sought after. They are well-performing assets and they add character and ambiance to an area for residents and visitors alike. In turn, this adds value to a wider area.”

As for the concern that heritage homes can’t be changed or developed, Baxter says this is also untrue; renovation is possible, as long as the correct guidelines are respected. “What is important is to ensure that, as far as possible, any proposed changes do not adversely affect the significant heritage values of the place,” he says.

Elizabeth Little, senior conservation architect – SA Heritage Council, agrees, saying heritage listing is not “the ogre that it can be made out to be. Heritage is just another aspect of planning control. In theory any development requires approval from the relevant authority, whether it’s heritage related or not.”

Property developers do tend to face added difficulties when dealing with heritage sites however, and Tony Pizzolato, general manager NSW – residential for Australand, says it’s a “much more complex” process when listed homes are involved.

“You’ve got additional approvals to go through,” says Pizzolato. “There are added lengthy time delays and then you can have quite conflicting issues from council to the heritage office, who may not agree on various aspects of a development. You’ve got to basically get the parties together to come to some sort of a compromise solution, otherwise you can’t go forward with it.”

But with all sides working towards the same goal, Pizzolato sees these various tiers of consultation as a necessary evil. “All the parties have got the right intentions,” he says. “They want to maintain the significance of the building so it’s seen for generations to come. Even from a developer’s point of view, you don’t want to go and destroy the fabric of the building, because at the end of the day that’s what the purchaser sees as value.”

And this is undeniably a common theme, with most experts dispelling the idea of the heritage authorities as pedantic jobsworths keen to spoil homeowners’ fun. “It’s generally people that don’t want to work with the authorities that tend to give that kind of feedback,” says Gavin Hegney, executive chairman of the Hegney Property Group.

L.J. Hooker CEO Warren McCarthy says buyers must accept the involvement of heritage bodies as part of the process, because they’re helping preserve “what you really desire”.

As for the major fear of investors – that they may be losing out in the long term by spending money on a listed property – he thinks this is unlikely. “It’s not going to be for everyone, but I don’t think it’s a risk,” says McCarthy. “If anything there’s a lot of protection around heritage properties that might in fact preserve rather than risk value and I think that’s an important distinction.”

Pizzolato agrees that the added hassle is worth it. “Heritage is a very particular market and it only suits a limited number of people, but those people, they’re very, very committed and they would never live in a big new contemporary-type home.”

He cites the Walter Burley Griffin homes at Castlecrag on Sydney’s North Shore as a case in point, as they attract a high price precisely because of their historical merit. “They sell for quite a premium compared to a similar home that was built in the sixties in a similar type of condition,” he says.

And these aren’t the only perks of owning an older home, as Hegney explains.
“If you make a smart purchase with a heritage listed property you can do extremely well,” he says. “Over the course of time, land tends to appreciate in value and buildings tend to depreciate until they get to about 50 years old and they come back in fashion and start to appreciate again.

case study: The heritage homeowner (pics in incoming – searchwords: David Brown heritage)
When David Brown and his wife Jenny bought their home on Sydney’s North Shore 10 years ago, they felt there was some risk attached.

The property was in the process of being heritage listed, and Brown admits to feeling “a little nervous” about this, particularly as he wanted to carry out some renovations.

While the couple are happy with the results achieved, Brown admits, “there’s no doubt it’s more complicated. Working with buildings over 100 years old requires a great deal of care and precision, there is significant rework that requires very skilled trades folk.”

After $400,000 worth of renovations over 10 years, the couple managed to increase the value of their five-bedroom home by around $1.5million.

Brown is “not sure” how much of this increase is down to the property’s new heritage status, saying “I think there are some people who would say it’s taken value off. On the other hand, heritage homes renovated properly will always be in short supply, even if it is much more restrictive in terms of what we can do. At the end of the day, we love living in a home that is part of Australia’s heritage and how do you put a value on that?” 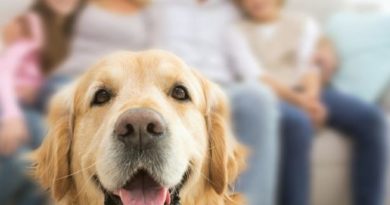 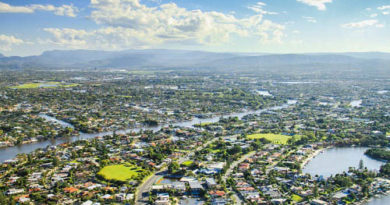 Five steps to find the best suburb for your next investment 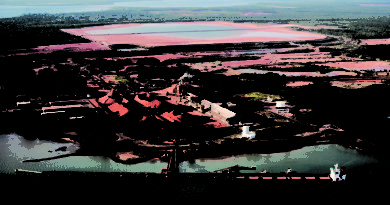